Advantages of an IP based business phone system.

VoIP and Telephony based on IP, are finally bringing voice into your network, just like all the other applications that you have been using for years, such as email, databases, and instant messaging.  PBX manufacturers have moved into IP communications and are now using protocols that can communicate and integrate with other existing applications.  These PBXs are referred to as IP-PBXs, because they use IP (Internet Protocol) for their signaling.  Additionally, Asterisk based IP-PBXs are becoming more available from smaller upstarts, changing 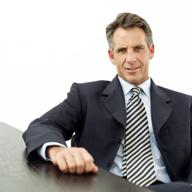 forever the traditional proprietary PBX manufacturers stronghold on the business PBX market.  In fact, Asterisk has started its eleventh year as an open source PBX software and has captured the dominate position of PBX software.  It has proved itself to be efficient, cost effective and stable,  and something that the industry giants are having to compete with.  That having been said, more companies are exploring an IP solution for their next PBX Business Phone System.  And why not, with prices lower, features greater and choices more abundant it should be the way to go.

An IP-PBX is a PBX phone system that uses IP (Internet Protocol) data networks to manage call switching, route calls and handle other messaging.  IP-PBX technology includes advanced communication features, like voicemail to email, but also provides scalability and the ability to connect to traditional PSTN (Public Switched Telephone Service) lines, so there is no need to change carriers.  An IP-PBX business phone system consists of one or more IP-Phones, an IP-PBX server and an optional VoIP gateway to connect to existing PSTN lines.   The IP-PBX server functions in a similar manner as a hosted VoIP proxy server, but resides in most cases on premise:  connecting SIP clients, being either soft phones or hardware-based IP-Phones.  The IP-PBX server establishes a directory of registered IP-Phones and their corresponding SIP addresses and connects internal network (LAN) calls or routes outgoing calls either to a VoIP gateway or a VoIP service provider.

Ten advantages of an on premise IP-PBX are:

An IP-PBX or not?

If you are considering a new in-house PBX then an IP-PBX should be your primary choice.  Either one that is based on Asterisk or a proprietary manufacturer, voice over IP is the future.  Investing in a software-based IP PBX makes both financial and good business sense, for new companies purchasing a new business phone system, and also for companies who are looking to replace an existing PBX. IP telephony is the way of the future and an IP-PBX will bring to your business cost savings in management, maintenance, and phone call costs, plus additional cost benefits from added efficiencies. 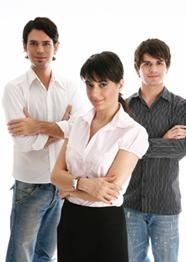 One IP-PBX that is an Asterisk based business phone system which comes preconfigured is Zerabox.  It's affordable, dependable and has an intuitive web based control panel.

What about the ultra small company?

For very small companies who need only 2 to 7 phones, or who have more than two very small locations, then a hosted VoIP solution could be the right choice.  These systems are easy to install, low in upfront costs and have robust feature sets that will make your small enterprise truly appear large.  Additionally, they can be great values for savings on heavy outbound long distance calling volume, even for the one person office. 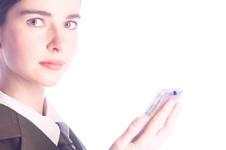 Are you looking for a business phone system that gives you all the features, without taking all your money?

Then look at Zerabox, an Asterisk based IP-PBX that delivers on both counts.

What's the difference between an Asterisk based IP-PBX and other IP-PBXs?

In an Asterisk based IP-PBX the PBX software is open source and available to anyone, which greatly reduces the cost of development of the PBX server.  The open source community continually works on bugs and upgrades giving back to the community knowledge and applications for free.  A traditional proprietary IP-PBX from a specific manufacturer uses code or software that they create but still works with standard protocols and other IP standards.  They typically are more like the operating systems that we are familiar with than previous PBX phone servers.