Although, most VoIP providers who interconnect to the PSTN have arrangements with CLECs, or other telephone entities, who can actually own numbers, to supply them numbers, both the interconnected VoIP provider and its numbering partner are responsible for facilitating a customerï¿½s request to port a number.  The FCC has said that interconnected VoIP providers and their partners both have a legal obligation to take all steps necessary to initiate or allow the porting of a number.  They cannot place unreasonable requests of the customer and must enact procedures that will facilitate the porting process and are not allowed to make a system that would deny the port process or deny keeping your number.  As long as you remain in the same geographic area, you can switch telephone service providers, including interconnected Voice over Internet Protocol (VoIP) providers and keep your existing phone number. However, if you are moving from one geographic area to another you may not be able to take

your number and have it ported to that new area.  The rules further state:

The Porting Period (Directly from the FCC)

The FCC has changed its number porting rules to shorten the porting period for ï¿½simpleï¿½ ports from the current four days to one business day.  This new deadline applies to all simple ports, including ï¿½intermodalï¿½ ports such as wireline to wireless, wireless to wireline, wireline or wireless to VoIP, or any other combination.  Simple ports generally do not involve more than one line or more complex adjustments to telephone switching equipment.  Wireline, wireless, and interconnected Voice over Internet Protocol (VoIP) providers are required to meet this new, simple port deadline.

What is an Interconnected VoIP Carrier?  It is a service that has the following:

From the definitions above (which can be found as part of the public record submitted into court documents) most VoIP companies fall into the Interconnected category.  This being the case they must abide by the FCC rulings and if you request information from many VoIP providers they will give you straight up information about portability in and out of numbers.  These numbers can be the ones actually assigned by the Interconnected VoIP company's partner upon getting service and should become yours to port where you want.  We suggest that you inquire about porting out an assigned number with any VoIP provider that you are considering.  If it is important that you have the future ability to port out the number and they are not clear up front that you will be able to, look for another company who is clear that it becomes your number to move.

Actually, only federally regulated carriers with facilities like switches physically located in the area codes in question can actually own numbers.  These entities include CLECS, ILECs  and RBOCS.  If you do have a phone number in your name from a phone company that is interconnected and must conform to LNP rules, you can port it to your a VOIP provider who in most cases ports it to their CLEC in your area (as long as they have numbers in the rate center that your number lies in). (Although there are a few VoIP providers who are also actually CLEC themselves and even then they may have agreements to other CLECs in specific geographic areas.)  Understanding the exceptions, in most cases VOIP companies are not telephone companies (CLECs), so your port is actually going to a CLEC, not the VOIP company.

Simple VoIP ports; what are they?

Simple ports have been defined by the FCC and restrictions and how these ports are treated and how fast they must occur have also been spelled out.  Simple ports are ports that have the following characteristics: 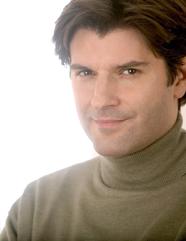 limited to the following:

Simple port requests must be completed within 1 business day after the request is received (but then again, this is the mandate, not always what you'll get).  This period was shortened to one business day in late summer 2010 from a previous 4 days.

What Is Interconnected VoIP Service?

Interconnected VoIP service allows you to make and receive calls to and from traditional phone numbers using an Internet connection.  This definition includes most VoIP providers we see and subscribe to today.  If a service only allows connection to other "on net" people and not traditional landlines, then it would not be considered an interconnected service. The key is that you can make calls to traditional phones.

The porting process has come a long way in the last three years with more rights and regulations protecting the consumer's rights, some of which have just recently been enacted.  The time to port numbers has quickened and now more than ever the overall process to move your number from one carrier to another has become easier.  That being said, it can be a complicated process (rate centers and points of presence, services tied to the number, etc.), although most ports are simple and happen quickly.  The port-in entity, of course, wants the process to go smoothly, as they want to make a new customer happy; the company who had the number, unlike some cases in the past, generally wants the process to go smoothly as well, so when dealing with either of these entities, try to give them the benefit of the doubt, unless they are blatantly acting against FCC rules, in which you may want to file a complaint.  The FCC has mandated specific time lines for simple ports, but in reality many of these limits are exceeded, if for no other reason that many VoIP providers are small staffed, limited resource companies.  So, our best advice is to be civil and courteous if a port of yours becomes a problem and continue to point out the FCC rules, understanding that some ports are more complicated than others.

A recent publication about VoIP from the FCC regarding consumers rights. [download pdf]

Keeping Your Telephone Number When You Change Your Service Provider and how to file a complaint. [Link]

For a clear concise explanation of your rights and porting your number see the following FCC posting:

Keeping Your Telephone Number
When You Change Your Service
Provider

The Number One reason that most port requests are issued a decline:

Check who owns your number; put in your Area Code & Exchange:  Check Here

Check who carries your 800 or other toll free number.  Toll Free Resporg

VoIP providers buy or rent the numbers they use from carriers. I n many cases, this has left both carriers and VoIP providers thinking that LNP rules don't apply to VoIP, but the FCC has spelled out that LNP is for all interconnected entities and their partners.