Many people having switched their service to VoIP, are deciding to port their existing numbers to that provider.  Businesses, who are dependant on keeping their same numbers which their customers already know, are also deciding to port their numbers.  So as a helpful guide and resource we have included some information that may prove useful when trying to successfully port your numbers.  Local Number Portability (LNP) allows US telephone customers to retain their telephone numbers and move them to other local service providers in most cases.

CLECs typically own the numbers that most VoIP providers have, not the actually service provider that your VoIP account is with.  A CLEC (Competitive Local Exchange Carrier) is a telecommunications provider company (also called the "carrier") that by providing its own network and switching, competes with other already established carriers, generally the ILEC (Incumbent Local Exchange Carrier).  When you port from one VoIP company to another, in most cases the actual port occurs between the two CLECs associated or partnered with the VoIP companies.  Good advice to help make the easiest ports would be to take the following actions:

The first steps are important to complete right away, so that the process starts quickly on a good footing. 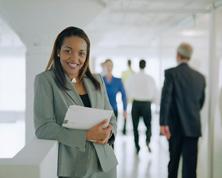 You should always check with your new provider and follow their guidelines and paperwork requirements when starting the porting process, but in most cases that new provider is going to need a LOA (Letter of Authorization).  An LOA is a document that authorizes the new VoIP provider to act on your behalf and make a request to your existing telephone provider to obtain your numbers.  This document usually has a place for such information as name, address, telephone numbers and a signature and needs to be filled out and faxed to your new provider.  Along with the LOA, many providers need a copy of a current phone bill.  The reason for this is in actuality the bill will have much of the exact information on file with your current telephone company that must match the port request that the VoIP provider submits.  These bills need to have an actual physical address displayed as PO boxes will be a problem.

After the request (LSR) has been submitted and everything is in order, the next major step is Awaiting FOC (Firm Order Commitment), a stage where the port request is in the works, but not yet has a completion date.  But, if there is a problem or error it will be after the submittal and a rejection notice will be issued, usually with a reason code.  Two major types of error codes are typical, one type that states that the number is not portable to the provider that you want to port to, and a second type that indicates a problem.  Usually the first type of declines cannot be remedied by anything within your powers and include the following:

The second type of declines include services on the line and these types of errors may be fixed or corrected in a way that will allow the number to be ported.

Complexities and unusual names and addresses listed (maybe that of the provider).  On limited occasions after a decline of a port, (address mismatch) and a CSR comes back, it may have the VoIP provider's actual name and address instead of the original number's owner.  This can happen if a bulk port of numbers occurred by your VoIP provider to move numbers from one carrier to another.  The numbers in the bulk port are placed under a name and address of the VoIP provider.  After the port takes place the numbers are listed with the new carrier under the provider's name.  This can also complicate caller ID and the far end can show up as the provider, not the actual name of the original owner of the number.

Telecom laws have been enacted that make a toll free number belong to the customer and not the phone company.  This allows toll free numbers to be ported like other regular phone numbers, given that certain rules and conditions apply.  In most cases, following the guidelines above, LOA and a copy of the phone bill should suffice to port your toll free numbers, but they 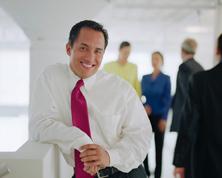 "One of the most important steps in porting is to fill out the LOA correctly, making sure it is accurate and legible and fax it along with a complete phone bill to your VoIP provider."

"We like to create a smooth transition for both the business and home user."

How long should the process take?

Different VoIP providers vary, but a good rule of thumb would be as follows:

Important:  The FCC has mandated new porting rules that dictate faster and more efficient ports and although these faster times are the rule, many companies, including a large portion of VoIP providers are going to take longer (Remember, the VoISP gets the request from the user and may take a couple of days to actually get it to the CLEC, (they should pass that request immediately, but in some cases may not do so).).  We suggest that you talk with your prospective provider and discuss a realistic expectation of how long your porting process would be expected to take.  Also it is important to remember, if the initial requests comes back; due to needing additional information or some error, the process time starts anew.  The process as a whole has become more efficient and the FCC has taken steps to enact rules which are good for the consumer, but all things being what they are, real life still takes precedence.

A recent publication about VoIP from the FCC regarding consumers rights. [download pdf]

Keeping Your Telephone Number When You Change Your Service Provider and how to file a complaint. [Link]

Check with your VoIP provider if you are porting out your account's main or "primary number", as this number may be tied to the account in a special way.  Some providers tie a number to an account and a port away of this main or "primary number" would then disable or delete the account.  The providers that have their system set up this way typically have other numbers on the same line as virtual numbers.

When porting out make sure to follow up with the company that you are porting away from after the number has been moved successfully.  If there are no other numbers in the account and you want to stop being billed make sure you have them close the account.

The Number One reason that most port requests are issued a decline:

The best way to identify the Mismatch and correct it would be to get a CSR (Customer Service Record), which contains the necessary information to complete the request correctly.  But, with the recent new FCC ruling, regarding LNP applying to VoIP providers, porting should go quickly and smoothly, even when porting from one VoIP provider to another.

The address that matters is not the address that your provider has listed for you, but rather the address that is listed on record with your provider's CLEC.  Your VoIP provider uses a CLEC (Level 3, XO, etc.) to provide your number and this is the entity where ports take place, either the number is ported to them or the number ported away from them.
The address might be different if you moved and notified your VoIP provider, who in turn did not update the records with their CLEC holding your number.  It is also possible in some cases that the CLEC has on file the address of your VoIP provider rather than your address.  This can happen, for instance, if your provider moved a group of numbers (bulk port) all under one address, which would usually be their own address.  They do this to make it easier on themselves, but unfortunately can cause issues later on when you try to port out.

LNP (Local Number Portability) is the ability of a US telephone customer to retain their phone number if they switch to another local telephone provider.

If you have DSL and need to keep that associated number as a lower cost plan number, then that number could be used as a copper line for your faxing and credit card machine.

Do not cancel your phone numbers or account with your current phone company until the porting process is complete.  Then after the numbers are moved and operational, and you no longer have service with the previous telecom, call them, explain the port out and verify that they are no longer billing you.

Check who owns your number; put in your Area Code & Exchange:

To check who currently may control your number and some history check out this look-up.

LOA Letter of Authorization A document that authorizes a phone company to deal on your behalf to request a port of your existing number.

LSR Local Service Request The request that is sent to your current phone provider to transfer your phone number.

FOC Firm Order Commitment  This is the planned date for the port, when you get this generally everything will proceed on the date specified.

Snap Back A procedure that returns the ported number back to the original carrier and needs to be immediately requested, within the first 24 hours.  (After 24 hours has passed it becomes a win-back situation.)