VoIP Mechanic wants to keep you informed with some of the news that will  directly affect 'Voice over the Internet' consumers and providers.  We will highlight events and news, placing emphasis on the direct impact and relativity to the VoIP community.  We believe this is preferable, rather than to just focus on the latest news event, which may not be as important. 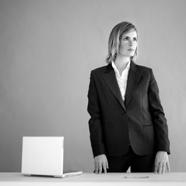 This well written article discusses the advantages of moving towards home-based employees.  The trend towards businesses moving out of the bricks and mortar office continues.  More and more business tools are available to keep the communications between workers open and the productivity at a peak. more 6/11/2012

Global Internet Expansion: Who Will Lead the Way?  Global Internet traffic will grow nearly four-fold from 2010 to 2015. However, that increase in traffic won't be dominated by one region.  Here are some graphs that show some great information.  1/12/2012

VoIP Services Market to Cross $76 Billion Mark by 2015  This interesting article sites research that shows revenue from SIP trunking services to businesses is expected to grow at a phenomenal 52 percent compound annual growth rate from 2011 to 2015. And the number of seats for hosted business VoIP and unified communications services is on track to more than double between 2011 and 2015. 10/7/11 read Hosted VoIP

Demand for VoIP has doubled since last year.  The first quarter of 2011 sales of home and business IP telephony systems stood 96 per cent higher than at the same time in 2010, reflecting the large interest in hosted VoIP.  5/27/11

VoIP cited as one factor in staggering decline of wired telecom industry.  Yes, some major telecom companies are seeing reduced revenue because of migration to later better technologies like VoIP.  4/8/2011

Suggestions that VoIP, which is used by 42 percent of organizations at the end of last year, will explode to 79 percent in 2013.  This article explains their reasons.  Among them the following.  At the end of the recession it figures that unleash pent-up demand by organizations replacing telecommunications equipment that was pushed to, or even beyond, its end-of-life due to the bad economy will push VoIP deployment to 79%.

Asterisk is going strong.  An interesting article that sheds light on the industry changes that are being created by Asterisk.  "Open Source continues to be disruptive to traditional market leaders....The open source model and licensing model make it a challenge for traditional players to compete and continue to gouge business users financially..."