Echo can be caused by either acoustic feedback or electrical imbalances in impedance, either way you should be able to resolve most causes or at least pin point where your system is failing.  We have put together this step by step procedure to help you isolate the issue and then take steps to resolve it.

Locating the cause of echo.

Since we know that the two causes of echo are acoustic and electrical the first step in isolating the cause of the echo is to try to determine who widespread the problem is, how often it occurs and is it acoustic echo.

Determine if the echo is acoustic feedback.

Typically acoustic echo will be continuous with certain words being noticed more than others.  Both ends will hear the echo. 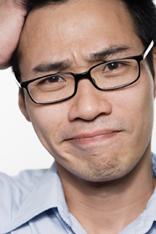 Echo caused by an impedance mismatch or other electrical cause will likely result in echo that is strong on the VoIP callers side, but unnoticeable on the far end.  more

The first step in determining if the echo is local (inside the premise) would be to look for and eliminate any faulty connections and electrical interference.

If the echo stops when the house wiring is eliminated the cause is to be found in one of the following:

Echo that is not acoustic or caused at the premise.

If after eliminating the above, you still experience echo, then it is likely the echo is being caused by improper echo cancellation on the PSTN gateways.  Understanding that echo only becomes noticeable when there is a delay between speaking and hearing your voice echoed, the longer the delay the more noticeable the resulting echo.  Traditional PSTN connections have echo, due to delay, but echo cancellation is used for long distance PSTN calls.  Additionally, echo cancellation is used on all cellular calls to the PSTN.  Here are some things to look for:

Settings that can reduce echo.

If you are able to access settings in your ATA or are using Asterisk you should be able to reduce echo by tweaking some settings.

If your echo is the type that leaks from the incoming voice to the outgoing voice then some ATAs have TX and Rx Gain adjustments that can be used for the analog FXO port.

For more about Asterisk settings we suggest you go to VoIP Wiki.

Echo on VoIP calls has been an issue for a long time, but because of excellent echo cancellation techniques, much of the once prevalent echo has been minimized.  Networks have gotten better, VoIP providers and their peering partners have gotten better in supplying quality connections.  That being said, echo still exists, so use this information to try to resolve the echo that you may be experiencing.

Keep it simple.  First look to see if the echo you are experiencing id acoustic or due to impedance mismatches.

Has your Internet connection been acting up lately?  If so, look at your ISP's connection for excessive latency, jitter or packet loss.

Are you experiencing echo only on a few particular calls?  Work with your provider.

Are you connecting to a T1?  Then you might want to try a Sangoma card with echo cancellation.  We have gotten excellent results with these cards.

Adjusting the rxgain and txgain in Asterisk for echo correction.

You can find lots of help and how to on specific configurations at the VoIPwiki.