Locating the source of static or buzzing on your VoIP phones.

Follow these step by step instructions for finding the source of static on your VoIP phone line.

Typically static or buzz on a phone line comes from a faulty device, a bad connection or an introduction of voltage.  Finding it is a process of isolation and testing.  Typical VoIP installations include distributing the VoIP connection throughout the premise.  The VoIP lines should be their own island where outside introductory voltages should not be allowed to enter into that island.

Step 1 in locating the source of phone static.

Working inward VoIP systems start with an Internet connection device.  This would be the cable modem or DSL modem in most residential or very small business locations.

Step 2 in locating the source of phone static. 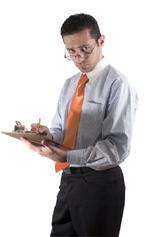 Having made a call on the VoIP line that has static and found that it was good, it has been determined that the source of the static is most likely residing inside the premise.  The following steps (instructions) should be taken next to find the source of phone static.

If there is static, try another wall jack.  If that has static as well, there could be an introduction of voltage on the phone premise circuit.

Step 3 in locating the source of phone static.

The next phase of testing to find the source of static is step by step procedure that will go quickly.

Many people describe a noise as a noise.  Pushing a little further they might say static, a buzz or even a hum.  Each one of these terms, when describing a problem with a phone can be synonymous.  You might say a hum would be more indicative of an introduction of a voltage.  Sometimes a bad power supply or the wrong one could be a potential culprit.

We hope you will find our site useful and by using it will gain important information that will help improve your VoIP connections.