What are the requirements for hosted VoIP?

To have a functional Internet Business Phone System (hosted VoIP) you will need to have a broadband Internet connection, such as DSL, Cable or a T1.   You will need to have enough bandwidth to carry your calls (voice), as well as your other computer needs (data).  This usually falls into the range of about 38 to 40 kbps per simultaneous call (for providers who use a compressed codec such as G729), plus an additional amount for the computer and data traffic.  Most broadband Internet connections are priced reasonably and have greater bandwidth than ever before making the choice to get a hosted PBX that much easier..

In addition to your Internet connection you will need a router and IP phones.

The IP phones can typically cost anywhere from $100.00 to $275.00 each.  Each phone will need to have an Ethernet connection which it can connect to the network.  Most phones have a built in Ethernet port where the PC can then be plugged in, thus sharing the existing Ethernet port which was used by the PC.  This can suffice, but by actually having each device connected to its own switch or router port the connection will have more throughput and better consistency and you will be able to separate voice and data; a plus when it comes to LAN management.

What are hosted VoIP drawbacks? 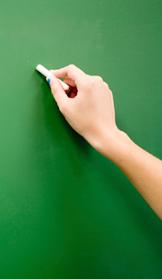 As with all new technology, there are some caveats which should be addressed at the beginning of the decision making process.  The stability, although generally very good, is not the same as compared to a dedicated copper line connection, such as a traditional telco line or, an in-house IP-PBX where the signaling travels only very short distances over a controlled LAN.  The VoIP connections, both signaling and voice, are routed through the Internet cloud and as with all such connections are going to be affected by unknowns or events out of control in the cyber cloud.  These events can lead to issues like latency that affect call quality or worse events that in-effect cause  outages due to loss of signaling or call routing.  Although generally short lived in duration, these issues can and do occur at least in brief periods.

Hosted VoIP solutions are generally less expensive over the short run and the services are managed offsite by the chosen provider.

This model can reduce a customer's business overhead expenses, but requires a reliance on the provider for many needs, such as adding a feature, making some changes and/or additions and expansion.  But, most providers have intuitive web interfaces that allow customers control of their account where they can add make call flow changes and other additions or expansions.
Business VoIP Providers

If your provider goes down then your business phone is also going to be down and you will not be able to access your account.  Premise-based solutions, like in-house IP-PBXs will allow you to administer your own phone system with total control and to make additions and changes even to the extent of adding software packages like a Call Accounting Software package (ACD), which would not be possible with most hosted VoIP providers. In-house IP-PBX systems are more reliable, but come with higher overhead (you will need someone who can maintain and manage the system) and can be more expensive in the short run, especially for smaller systems.  Hosted VoIP solutions typically only require the IP-Phones and possibly a router to be purchased as hardware, because the server or brain of the system is totally maintained off site with the provider.

What company size is right? 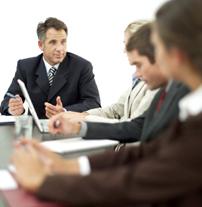 One of the big considerations when considering hosted VoIP or what is referred to as an Internet Business Phone System, is the of your company.

If it is less than 8 to 10 phones at a single location then hosted VoIP can be an excellent viable choice.  The ideal sweet spot for hosted VoIP would be in the 2 to 7 phone range.  But, there are some other factors that one must consider when looking at an Internet business phone solution.  For example, an organization with 3 phones at one location, 3 phones at another and a few remote workers would do well with hosted VoIP for several reasons. The remote workers would be using their own DSL or cable broadband connections, not using any of the available bandwidth from the office locations.  The office locations would be right in the sweet spot, when it comes to the number of phones per location.


What is too big for a hosted VoIP service would depend on a few factors, some of which are directly related to the customer's Internet service's quality and bandwidth, both on the upload and download.

Even though there are some very good compressed codecs in use such as G729, the bandwidth requirements for 5 lines would require a bare minimum 256kbps on the upload just to maintain 5 connections and that would be before adding in bandwidth for computer Internet access.  (Some businesses may use more bandwidth than others, depending on the type of business they are in, perhaps sharing or downloading large files, running Citrix applications, maintaining off site connections, etc., and these considerations should be considered when calculating the needed bandwidth.)  So, the realistic minimum in most cases would be a 512kbps connection on the upload side.   And that connection would need to be stable with low latency and have no packet loss.  A synchronous DSL connection of 764kbps or 1 Meg each way would be a great connection, unless of course your service is 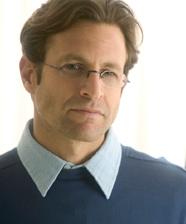 a T1, which is 1.5 Megs each way.  Which brings us back to the fundamental question; what is the right size for hosted VoIP?


With an "open unmanaged Internet connection" and as long as your connection meets the conditions we speak about, the largest size we would recommend would be 7 or 8 lines (connections, phones or seats) at any one location, unless more advanced network and QoS are initiated on the network.

Although there is no definitive line in the sand, we would suggest no more than six to eight phones at any single location for most typical small business networks, unless the hosted provider is setting up a dedicated circuit and has QOS management enabled over the entire network, rather than a service that uses an open Internet connection.

Additionally, a service that has a managed dedicated WAN would most likely install a SIP friendly router such as an InGate or Edgemarc.  These routers are also good choices for smaller users that do choose an unmanaged over the Internet type of service provider.  Another excellent choice for a router would be a Linksys with Tomato software.  So, all in all, eight is the number we would have to say is probably a good maximum for any one single location.

An older, sometimes used term you may still hear when discussions of hosted VoIP arise is Centrex.  But, we don't like this term, as it really was an older technology that used the same logistics as hosted VoIP, but was an entirely different animal.

Centrex (central office exchange service) is a PBX-like service providing switching at an offsite location instead of at the customer's premises and started back many years ago a service offered from local telephone companies in which up-to-date phone facilities at the phone company's central (local) office are used by business users so that they don't need to purchase their own facilities.

Hosted VoIP over a non-managed WAN like a typical Internet connection is dependant on many uncontrollable factors.  These factors include

The Internet as a whole has gotten much better over the last few years and this has allowed hosted VoIP to be a reliable and good service, even though it operates over an "open" WAN connection.  Still, there will be days when your service will experience choppy voice or other quality issues, not from problems on your LAN, but from issues on the WAN.  These issues should be brief and something most should accept.  The benefits in most cases outweighs the negatives.